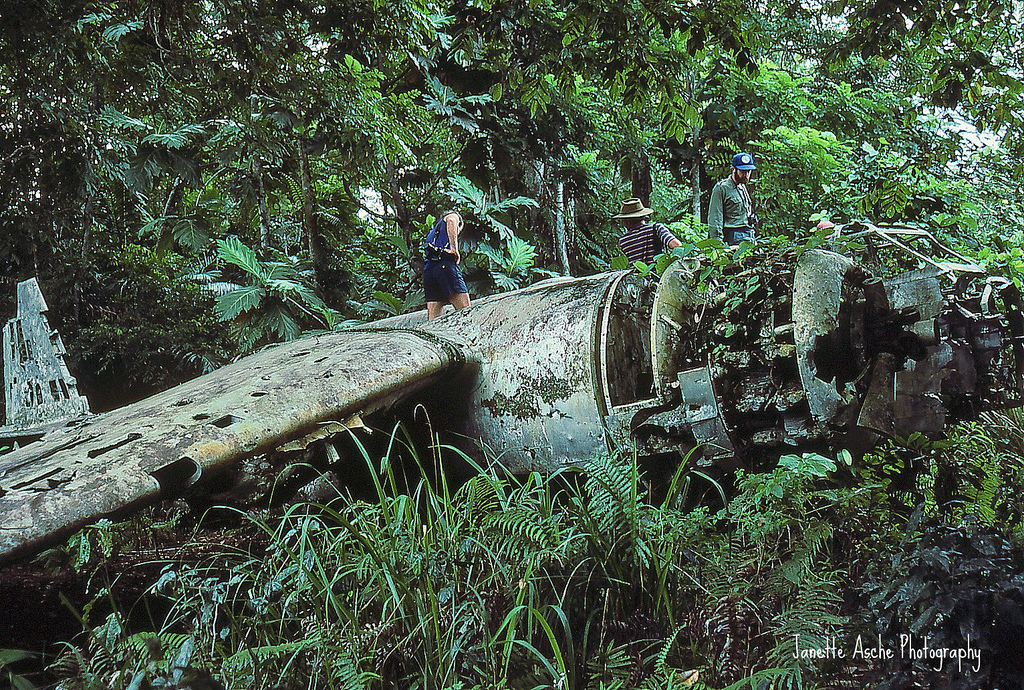 Well, you had to know this one was coming… a meditation upon Hamlet.

This meditation, though, also happens to be a treatise on curriculum. I wrote this essay last year for a course I took with Dr William Pinar, who is Curricular Royalty on top of being a super guy. And, like me, he taught secondary English, so I felt I had a sympathetic ear.

Dr Pinar’s course was driven by chapters he was writing for a book about George Grant, who was (among many things) a philosopher, theologian, educator, and Canadian nationalist. Dr Pinar’s book is about Grant’s critique of time, technology, and teaching.

The series of posts, “A Kind of Certainty,” comprises my final paper, in which I attempt to present Hamlet, the character, by way of the same treatment that Dr Pinar presents Grant. That said, I don’t address technology here (although I do address it here and here), focusing instead upon teaching and curriculum, and granting due respect to the concept of time.

I debated how I might present this essay, whether to revise it into something more suited to the style and structure of my other blog posts. But it just proved far too difficult to change or remove anything without drastic revision, essentially having to rewrite the entire paper, so here it is in academic trim… citations, endnotes, and all – Dr Pinar is a big fan of endnotes, by the by, so that’s the explanation there.

Here, too, is the bibliography.

A Kind of Certainty

I. An Uncertain Faith

I taught Hamlet in English 11. During what typically lasted five months, we considered, among other concepts, certainty and faith. One example of mine to illustrate these was to ask a student why she sat down so readily on her classroom chair. She would be puzzled and say something like, “Huh?” My reply was to note how much faith she evidently placed in that chair to support her without collapsing. Then she would laugh, and I would ask further whether she knew the manufacturer, or the designer, but of course she knew neither. Then I would ask how many other chairs that week had collapsed beneath her, and (apart from one, unfortunately!) the reply would be, “None.” My point, of course, grew clearer to everyone as this conversation progressed, so my next question was to the class: “How many people rode in a vehicle sometime this past week?” Once most confirmed it, I would ask the same basic question as that of the chair: how were you certain that vehicle was safe? I was more tactful where it came to car accidents, usually using my own spectacular examples (… I have two). Ultimately, my claim was that we might have as much as 99% certainty, yet for whatever doubt exists, we rely on faith or else we would never sit in chairs, or drive in cars, or whatever else. As my tone grew more grave, so did their nods and expressions, as if we ought to be dropping Hamlet to study car mechanics, or industrial first aid.

My students were typically alarmed when they realised their faith was only as certain as its object, be it a sturdy or rickety chair. Where extremes present themselves rather obviously, even so, in any case of such offhanded faith, we make ourselves collateral. As if we live on credit, certain that all will remain as it has done, we borrow on faith against our future well-being until it comes time, as it says in the fable, to pay the piper. Meanwhile, what seems certain to us we literally take-for-granted, begging the question with impunity, I suppose, since every day the sun continues to rise.[1] Everyday, we overlook the caution, familiar to investors, that past performance does not necessarily indicate future potential, or as they say in the casino, the House never loses.

Maybe we never stop to consider just how loosely we play with certainty and faith in our day-to-day because doing so might mean never again stepping outside the door – no sense everyone being as hamstrung as the Prince of Denmark. Having studied the play as much as I have, I find every one of its concepts up for debate – arrghh – and where certainty and faith can actually seem either opposed or synonymous, that determination depends on yet another concept from the play, perspective. In any case, where it comes to certainty and faith – at least from my perspective – Hamlet is particularly instructive.

No matter your perspective, I would warn students, no matter where you stand or land, the play will then present you with a challenge of certainty, something I called the “Yeah, but…,” which was naturally a source of unending frustration. Conversely, and ironically, it was also a source of certainty since, like Hamlet in duplicitous Elsinore,[2] at least we can be certain that everybody else thinks, shall we say, uniquely, if not differently. Hamlet’s return home to the web of Catholic Elsinore from the symbolic bastion of Lutheran reform, Wittenberg, on account of his father’s death, finds him divided not unlike the Elizabethans comprising Shakespeare’s audience, caught between two branches of Christian belief.[3] The Bard besets his tragic hero with a matrix of inner turmoil – both secular and spiritual, of fealty and faith – a tesseract of beliefs such that Hamlet cannot reconcile any one to another, even as he quakes yet pines for some grand repose. For each possible value he might set down in his tables, his same self-assurance prompts Hamlet to pose questions more profound, rendering him unable to decide about, well, anything. Doubting that anyone can even interpret what it means to exist and, thereby, doubting that concern over living, or dying, or even debating the question is worthwhile, Hamlet, like the actors he so admires, effectively stands for nothing. As such, I admitted to my students, he was hardly an exemplary role model.

So, I suggested, to avoid the debilitating trap that befalls the brooding Prince, that of “thinking too precisely on the event” (Shakespeare, 1997, 4.4.41),[4] we must simply and ultimately decide what we believe after having drawn such conclusions from the best available evidence. Easily said, yet is this not exactly what Hamlet is trying to do? Little wonder students find him so frustrating. Then again, I pointed out, all our sighing and huffing is its own judgment call, a very palpable hit borne of the frustration of those who are upset with him. With Hamlet’s inability to decide for most of the play comprising most of the play, and with him chastising his own cowardice and rebuking God-given reason as a consequence (2.2.571-580, 4.4.36-39, 43), a spendthrift sigh of our own is hardly unreasonable. On the other hand, observed one student, well on her way to modern material success, he sells tickets. Unquestionably, yes, Shakespeare made a meal of Hamlet making a meal of things. And, even though he doomed his protagonist from the start, the playwright does release Hamlet from his torturous hamster wheel – mercifully? – just before he meets his grand moment of truth.

Throughout the play, Shakespeare includes what I call “Let…” statements. Of particular significance are the following four statements, presented here in sequential order:

Alternatively arranged, these statements help comprise, for me, a response to the famous question, “To be, or not to be.”[5] This alternative arrangement derives from a sentence analysis exercise that my students and I would complete while preparing for the play. The sentence is from an essay by Drez (2001) about American pilots during WWII: “There were no souvenirs, but the grisly task of scrubbing decomposing remains from their boots later left a lasting memory” (p. 144). Briefly, the words later, left, and lasting illustrate the creation and the span of the airmen’s memories over time – the future, past, and present, respectively – made all the more ironic since the souvenirs they found were hardly the ones they sought. Using these three words alongside my own interpretation of each “Let…” statement, I have arranged them chronologically out-of-sequence with the play, using instead an interpretive application of temporality as three discrete periods[6] to challenge the common concept of linear time as historical calendar pages or a ticking clock.

Click here to read Pt II: Curriculum, or What You Will

[1] Shame on us for carrying on so fallaciously! At pedestrian-controlled stoplights, we eventually step off the curb believing that drivers have halted their oncoming vehicles rather than carrying on through and running us down. To call the stoplight “pedestrian-controlled” is somewhat of an embellishment on the part of the city engineers, I think, a deferral to who really is favoured, for whatever reason, in the equation. But for the pedestrian to step off the curb is an act of faith, surely, since they abrogate control to the driver who has the car’s capability to accelerate and manoeuvre at his disposal. For that brief moment, only the driver’s motives keep the pedestrian safe. And careful though we are, accidents still happen in such everyday circumstances. Worst of all, as more recent times demonstrate, cars and trucks can be used precisely as weapons of terror against innocent people; the danger I speak of, the giving-and-taking of control, however uncommon, has now been realised. That changes attitudes profoundly.

Security measures, safety audits, protective equipment, government regulations – on and on goes the list of processes and people in which we place our faith, believing with some degree of certainty – or, as often as not, taking for granted on faith – that proper standards are being met that ensure our safety.

[2] Just my interpretation, mind you, “duplicitous Elsinore.” Certainly, you will have your own analysis.

[3] Since the time of those events described in the New Testament, their interpretation has divided Christian belief into myriad denominations, such as those found in both Shakespeare’s play and Elizabethan England: Catholicism and two respective branches of reform, the Protestant Reformation initiated by Martin Luther and the English Reformation decreed by King Henry VIII. I simply use “Christian belief” in a broad sense, wanting to avoid the suggestion that any particular denomination tops some hierarchy, since that sort of debate, here, is beside the point.

[4] For the duration of the essay, I shall refer to quotes from this cited edition of the play.

[5] Regrettably, but unsurprisingly, I’m hardly the first to devise this response to the famous question. Evidently, where my approach differs from other examples (Baumlin & Baumlin, 2002; Critchley & Webster, 2011) is connecting the four specified “Let…“ statements and Hamlet’s closing lines (5.2. 222-223, 358) with concepts of temporality.

[6] A full explanation of the four “Let…” statements and temporality demands its own essay, and I am already deep enough into Hamlet as it is, so for my weary negligence I ask some gracious leeway instead of a challenging “Yeah, but…”. Suffice to say, though, as we might feel this way or that about past or future, we still must inherently live each present moment, such as we are.

5 thoughts on “A Kind of Certainty: I. An Uncertain Faith”