The story behind Eddie Van Halen’s signature guitar art is pretty well known and well documented, as far as when and how and perhaps why he did it. So when I saw this 100 year-old painting, “Space-Force Construction,” by Russian constructivist Liubov Popova, it stopped me short. And I just wondered. Maybe you’re a little taken aback, too.

Seeing this painting lead me to Tate and this article, “Aleksandr Rodchenko’s Lines of Force,” by Brandon Taylor, and I wondered a little more, then added all that wondering to the Visual WHY – you’ll need to scroll down to the Van Halen piece because I still haven’t figured out WP anchor links.

The word “text” derives from Latin, texere, meaning to weave or fit together. For me, text connotes far more than just the printed word – photography, movies, music, sculpture, architecture, the list goes on. The Visual WHY offers a specific look at paintings, texts with no less substance and arguably far more aesthetic. But underpinning the textuality of art altogether is its human endeavour. And beyond weaving something together for the sake of weaving, a weaver – an artist, a person – has a further end: communication.

Artists across all media are people with influences and motives for expressing themselves. Conjointly, texts of all kinds are also plenty human: provocative and reflective. Whether rich and symbolic for a global audience, or doodled sketches for your own amusement, art is text, and text has purpose. As we try to understand it more thoroughly, we can’t help but raise the level of discourse. Who knows, someday maybe art will save the world…

For those who’ve been wondering about the painting featured on this site’s front page, the latest Visual WHY may help explain that, too.

In observance of Robbie Burns Day and, thereby, of John Steinbeck’s novella, Of Mice And Men, I highlight this thoughtful character study of Curley’s wife, by Leighton Meester for The Huffington Post, based upon her own stage portrayal of that character.

Perhaps above all I appreciate Meester’s nuanced intuition about the audiences who judge Curley’s wife which, beyond their relationships to the characters in the story, might suggest something about their own – our own – blind spots and hypocrisies. How often we live with daily nonchalance, oblivious to the interiority of those we encounter, and of those beyond. How much we rely on our affirmed belief of our selves.

If confronting ourselves is art’s great authenticity, then Meester’s perception is spot-on: in Curley’s wife, Steinbeck subverts our conceit – whether he intended to or not. Indeed, the best-laid schemes… 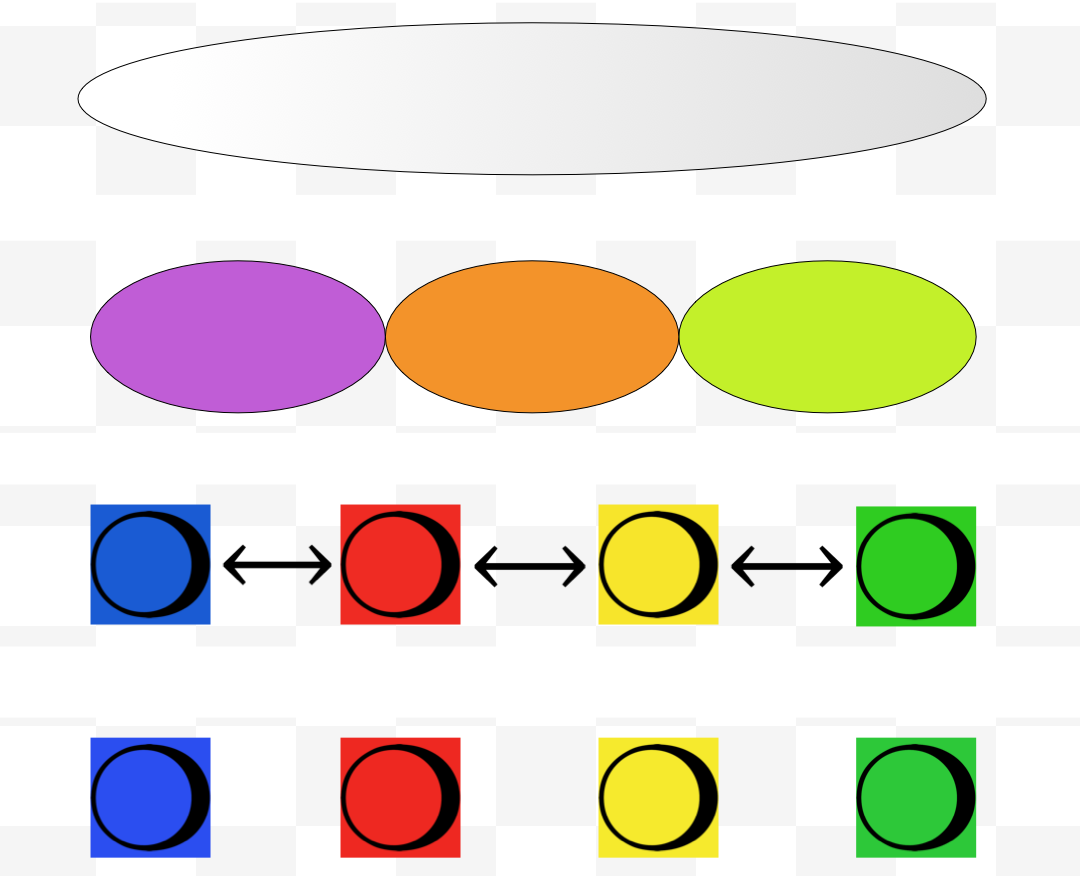 I used to say to my students, “Find the overlap between our English coursework and, say, Trigonometry, or the link from persuasive writing to PhysEd. Where does Hamlet end and organic chemistry begin? Find that one out… there’s genius in that.” The courses my Department offered were called “English” and, helmed by some teachers, they were more traditional, as one might expect. The most common feedback I received from students, though, was how unlike English our coursework seemed to them. I took those remarks as a measure of success: my aim was to prepare young people, soon enough entering the world as older people, to be responsible… to families, communities, careers, and so forth. For me, that’s the purpose of school and its teachers.

What’s prompted me to reflect was reading Science, Order, and Creativity, by David Bohm and F. David Peat – specifically, such remarks as “the appropriate relationship between thought and experience… [in which] creative new perceptions take place when needed” (p. 49). That distinction between thought and experience reminded me of another distinction, this between dialogue and conversation. And again I was prompted to recall my English courses – what we had, I’d say, were definitely conversations, scratching new surfaces and digging into things with fluid spontaneity, as compared to the “my turn / your turn” protocol of dialogue, which might dig one trench but deeper and deeper. Where dialogue strikes me as instrumental, a means to an end, conversation is an end in itself, without start or finish but continual – that is, until the bell rings. We notoriously lived beyond the rigour of scheduling in some of my courses.

Those conversations were hard to let go. And what exactly were we after? “The creative person does not strictly know what he or she is looking for,” say Bohm and Peat. “The whole activity [is] play itself,” and no better description of teaching (at least, my teaching) have I ever read. Who knew I was so creative? Not me although I did have fun. So who knew teaching was just so much play? “The play’s the thing / wherein I’ll catch the conscience of–” well, anybody, really. I should clarify that I respected my colleagues and our Departmental philosophy as well as my professional obligation to Ministry curricula. At the same time, I relied on my own interests and concerns to guide our coursework, by day and by year. The result was a mixture of reading, discussion, writing, and presenting about topics as disparate as literature, film, fine art, civics, politics, economics, philosophy, etymology, all manner of topics – yes, even science and math – all bundled together in a process of classical rhetoric. Eventually, I developed a suitably disparate canon of texts, too, that flowed meaningfully from English 9 through 12. And I relied on students’ differences to alter and adjust the flavour however they might. I loved teaching for how creative it allowed me to be, and for how much creativity it provoked in my students. “Let come what comes,” Laertes tells Claudius – brazen, even foolhardy. Genius, perhaps?

Bohm and Peat seem to suggest that genius is not creativity per se so much as the effect of having challenged some assumptions, and maybe that’s mere semantic distinction. Either way, I like the notion. Later, reading Allen Repko, I found myself nodding likewise at what he calls “boundary crossing” (p. 22). There it was, this discovery of common threads in disparate disciplines, this crossing of amorphous boundaries, what my students have heard me call “genius” although I might now redefine that trait as “ingenuity.” Accompanying “boundary crossing” is a reaching across disciplines, with intent, what Repko calls “bridge building.” This, I think, I would call visionary. Discovery and vision, both what I would forever consider, as a teacher, to be meaningful developments of the learning process.

Repko also points out the origin of the word, “discipline,” deriving from the Romans and their need to “relate education to specific economic, political, and ecclesiastical ends” (p. 32). How delightfully Roman! I thought, reading that. Such instrumentalism, “the logic of utility.”[1] Finis at its finest: How long, O Lord! Will their legacy never end? But I trust in teaching and my unfailing students.

I enjoyed sixteen years teaching Secondary English to brilliant students. In that time, we developed a philosophy, addressed the BIG Questions, and fed our curiosity. But my planning process was seldom more than make-it-up-as-we-go. “We could never get away with this in Math,” I used to say to them, “although if you do find a way, I’d love to hear about it.”